Wyscout will constantly improve its dataset by adding new endpoints and improving the existing ones.

We keep up with the times

The latest available version.
It includes the most recent endpoints and improvements.

The beta version of our next official release.
Here we start to implement future improvements and new endpoints.

The old version.
This is still available and running, in order to let users adapt their tools to new ones.

When will the “Legacy” version go offline?

We will constantly improve our API dataset, adding new endpoints and updating the format of the others we offer.

However, when a new and improved “Current” version is released, the previous version now becomes “Legacy” – which means it will not immediately cease to exist, giving you the time to adapt your systems.

It will be available and running until another new version – “Current” – is released, usually six months after the previous one.

Documentation on apidocs.wyscout.com won’t change and will be always available also for the “Legacy” versions. 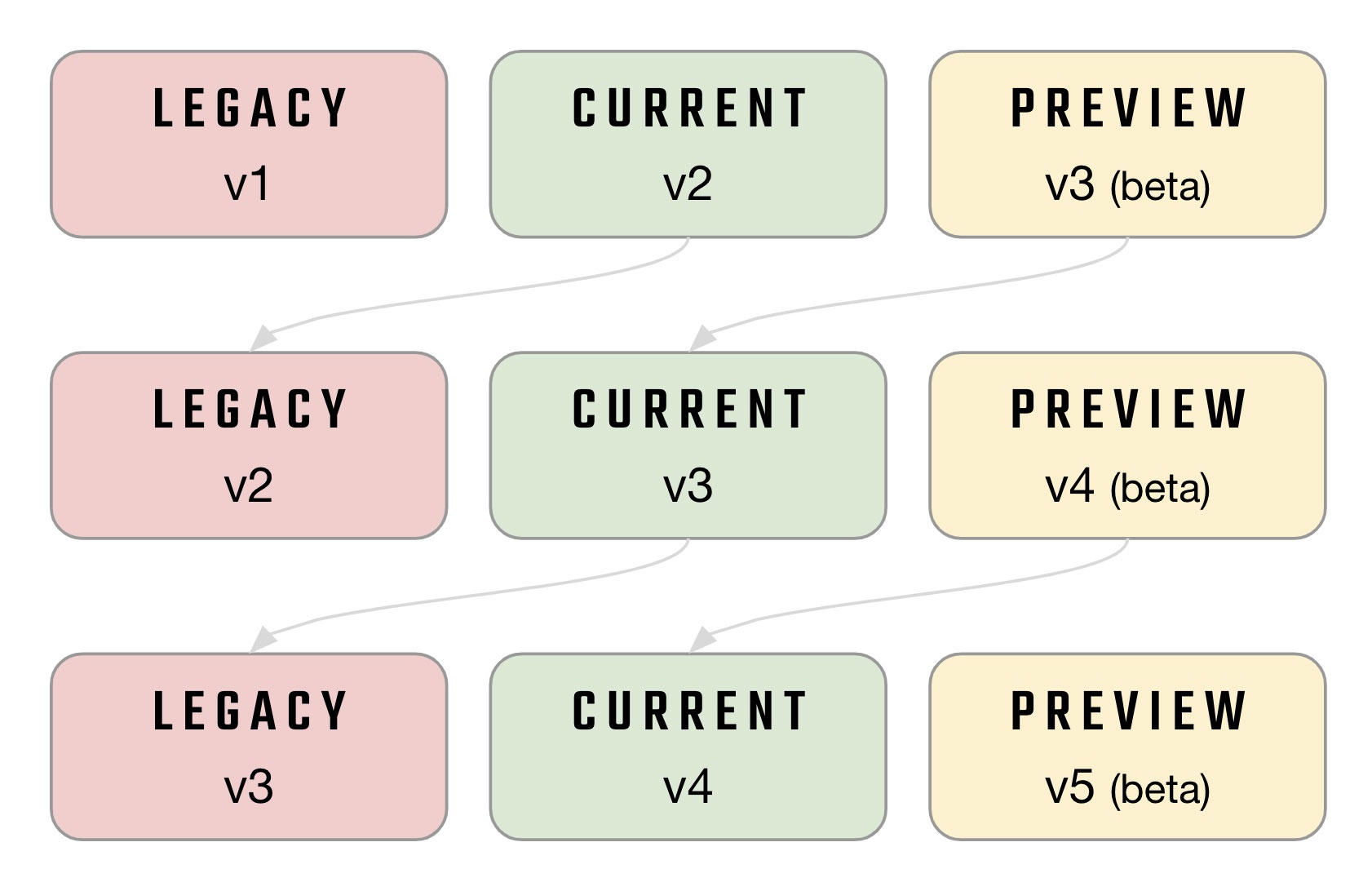 We use cookies to ensure that we give you the best experience on our website. If you continue to use this site we will assume that you are happy with it.Ok
Scroll to top